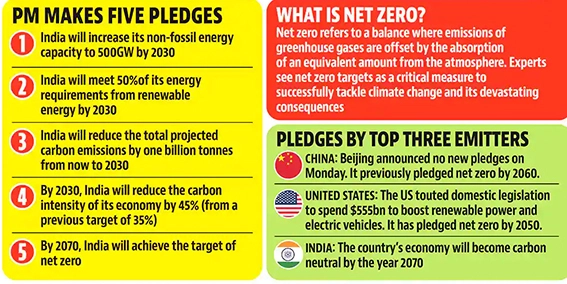 One Sun One World One Grid Group:

According to the United Nations Climate Change Framework Convention (UNFCCC), COP26 will work towards four goals:

About Conference of Parties (COP):

For these negotiating blocks, fulfilling these currently unfulfilled promises made in Copenhagen and Paris is a prerequisite for a negotiated agreement in Glasgow.