THE ETHICS OF AUTOMATED ADMINISTRATIVE STATE

THE ETHICS OF AUTOMATED ADMINISTRATIVE STATE 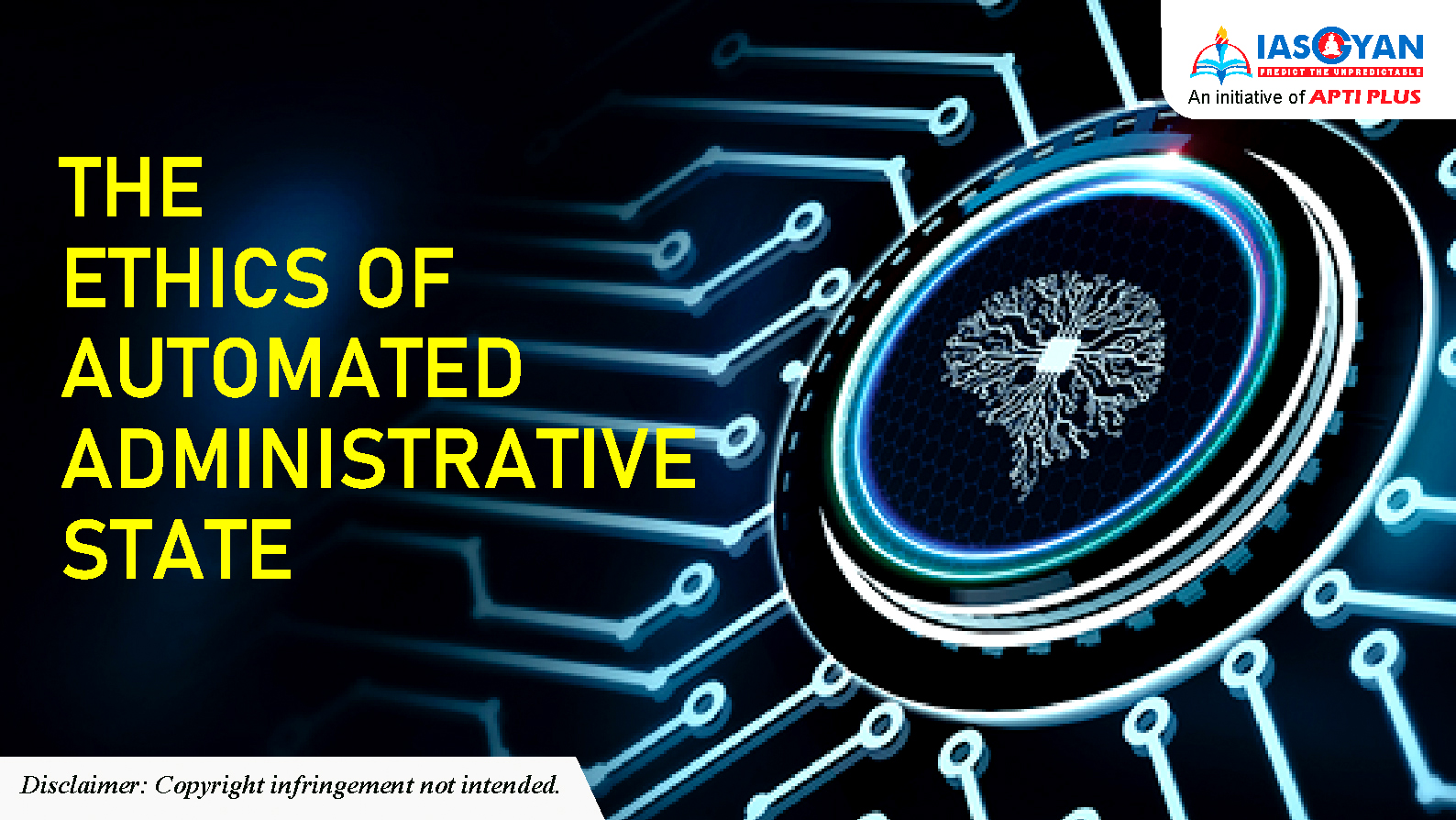 Not in line with Public Values in Administration

For example, in using ‘data-based’ systems for deciding how to allocate policing resources,
By its own description, in 2016, the use of the Samagra Vedika system for removing so-called fraudulent ration cards led to the cancellation of 100,000 cards.
Subsequently, ‘public resistance’ to the cancellation, led to the re-addition of 14,000 cards.

Lack of appeal in absence of specific law

Lacking Out of Box Thinking