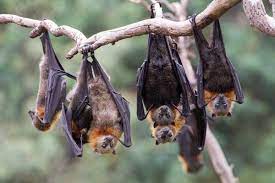 Bats and humans have cohabited since time immemorial.