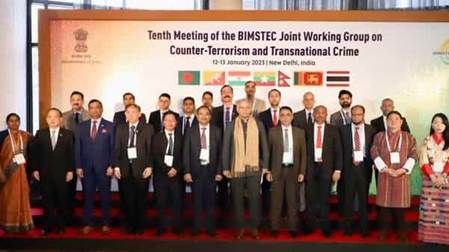 Context: A meeting of the BIMSTEC Joint Working Group on Counter Terrorism and Transnational Crime started on January 12. This meeting is being hosted by the Government of India in New Delhi and features participation from Bangladesh, Bhutan, Myanmar, Nepal, Sri Lanka and Thailand.

(b) Legal and Law Enforcement

(d) Anti- Money Laundering and Combating the Financing of Terrorism

What need to be done to strengthen BIMSTEC?