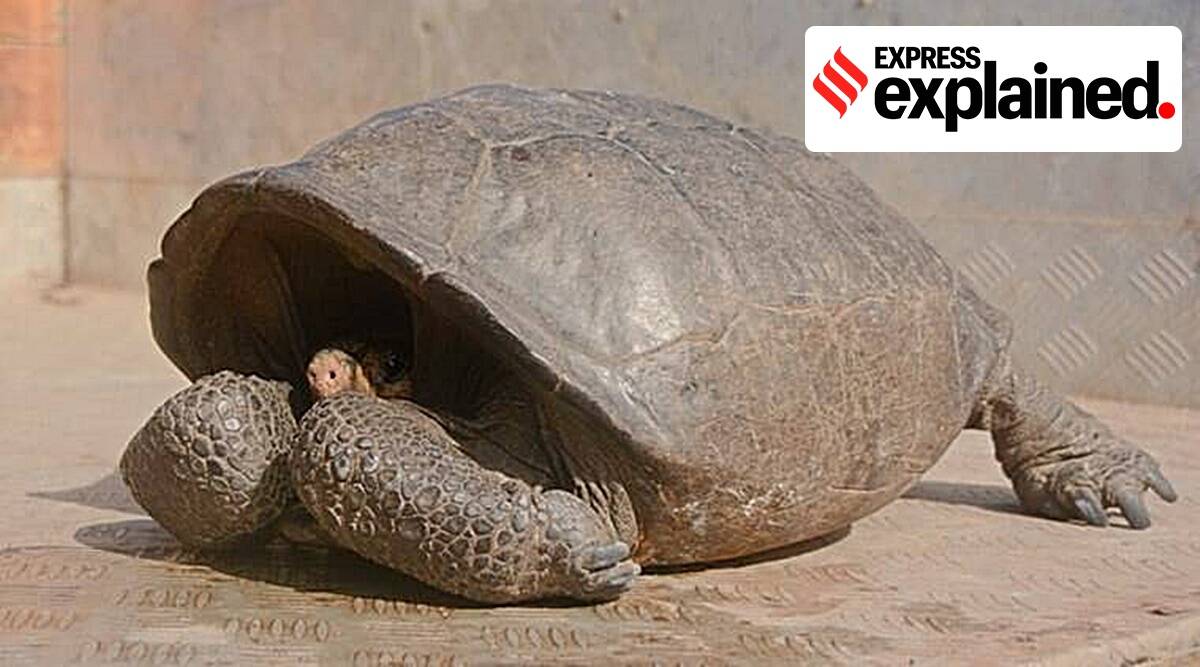 Context: A giant tortoise, found alive in 2019, has been confirmed to belong a Galápagos species long believed extinct. The tortoise is the first of her species, Chelonoidis phantasticus, to be identified in more than a century.