Provisions under Identification of Prisoners Act, 1920; 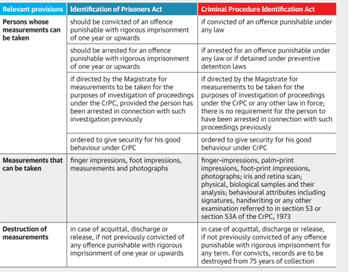 Arguments in favour of the Act

Arguments against the Act