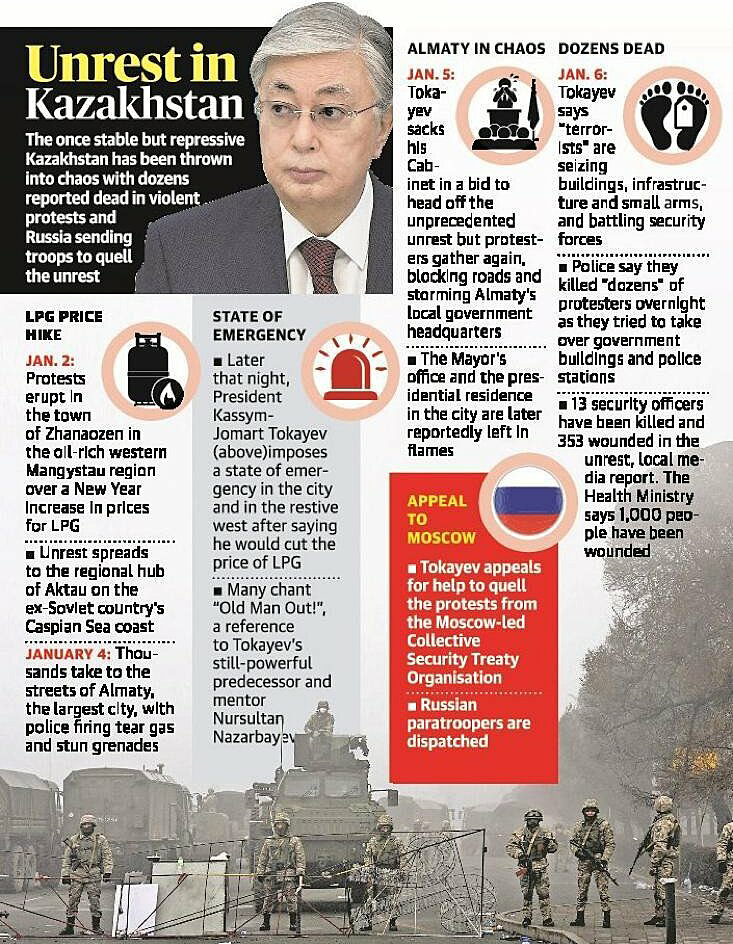 Context: A state of emergency has been declared in Kazakhstan and the government has officially stepped down following violent protests against a sharp and sudden increase in fuel prices.

What is current situation?

So, why are Kazakhs protesting?

How did the government respond to the protests?