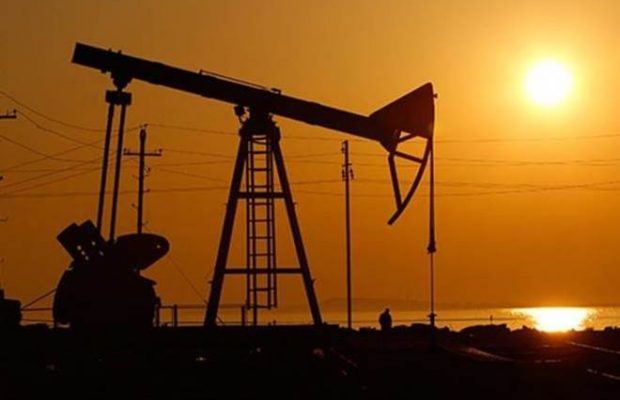 Despite being the third-largest consumer of oil, the country depends on imports to meet 85% of its needs. 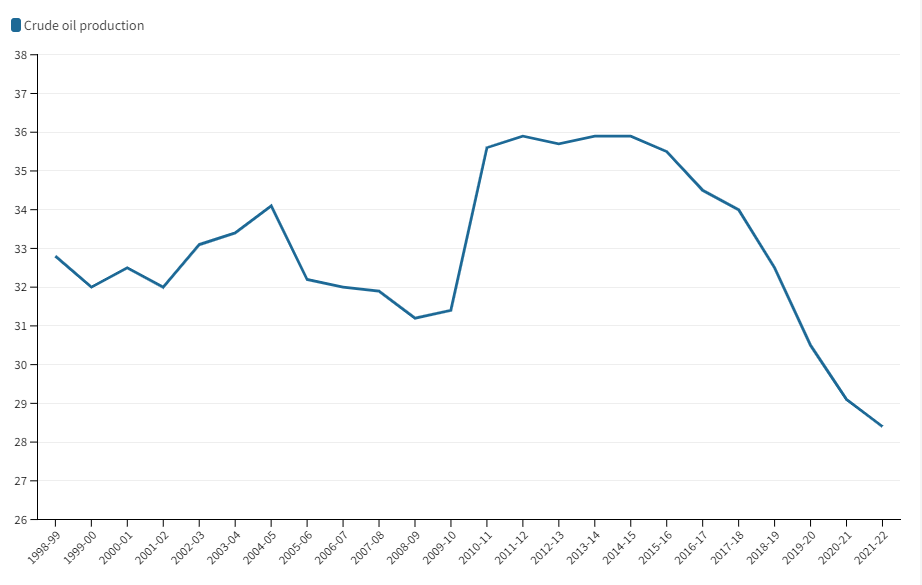 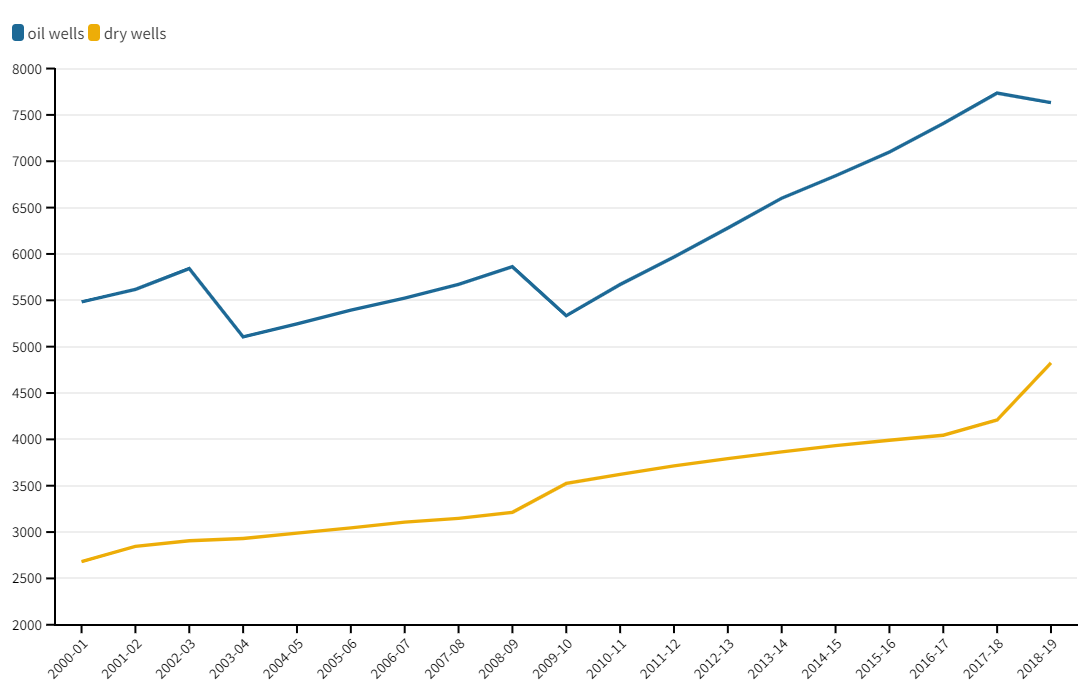 The number of new dry wells has been increasing significantly while new oil wells have failed to ramp up India’s production. 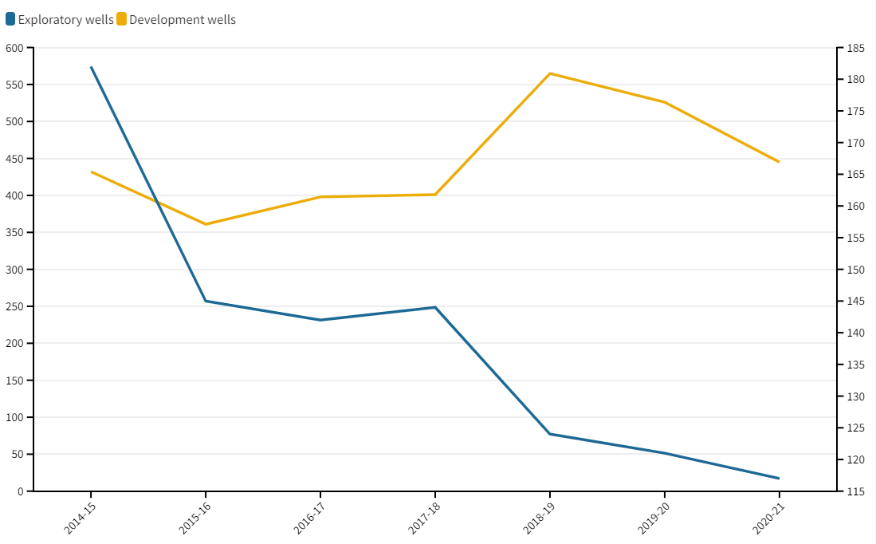 The number of new wells dug declined in both cases: development (maximising known reserves) and exploration (locating reserves of oil).