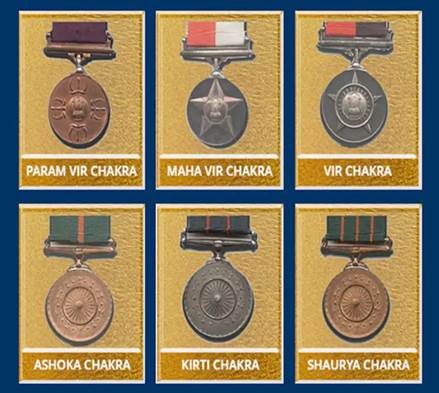 Context: As many as 107 gallantry awards to the armed forces and Central Armed Police Forces (CAPF) were approved by President Droupadi Murmu to mark Independence Day, which includes three Kirti Chakras and 13 Shaurya Chakras, a statement by the Ministry of Defence said.

What are the Gallantry Awards in India?