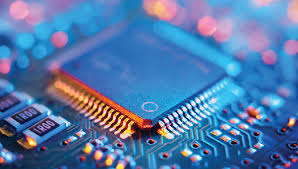 How difficult is it to manufacture Chips?

Challenges faced by the semi-conductor Industry

How is the Russia-Ukraine crisis protracting this shortage?

Development of sustainable semiconductor and display ecosystem in the country Programme

Initiatives under Telecom and Electronic Policies

Scheme for Promotion of manufacturing of Electronic Components and Semiconductors (SPECS)