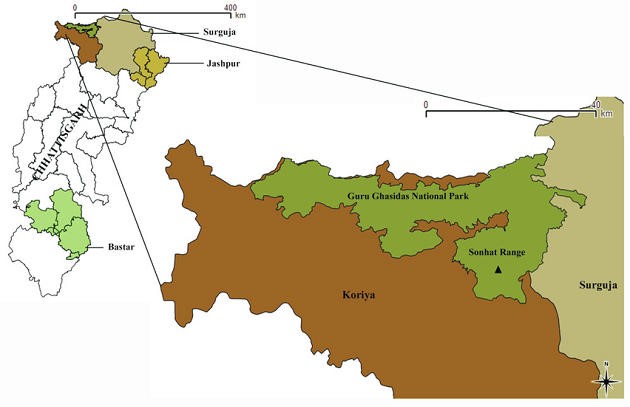 Context:  India’s newest Tiger Reserve in Chhattisgarh will connects Jharkhand and Madhya Pradesh and will provides a corridor for tigers to move between the Bandhavgarh and Palamau Tiger Reserves.

Other protected areas of Chhattisgarh