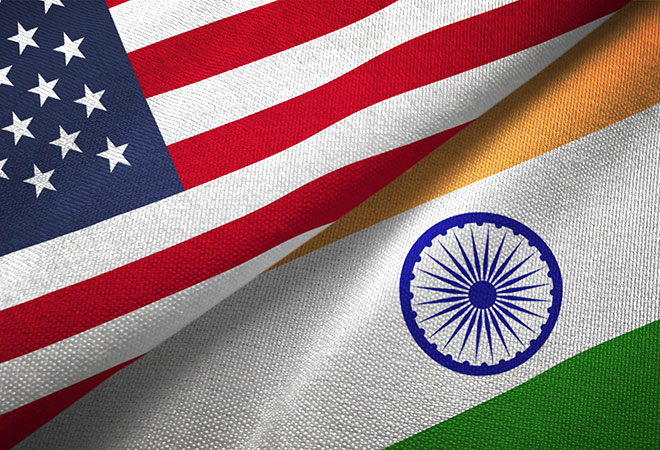 The story so far: U.S. Trade Representative and India’s Commerce and Industry Minister co-chaired the U.S.-India Trade Policy Forum, which was reconvened after a gap of four years. The two sides exchanged views on ‘potential targeted tariff reductions’ and decided to activate the forum’s working groups on agriculture, non-agriculture goods, services, investment, and intellectual property.

What is the agreement on digital services?

·        Both countries said they had reached an agreement on a transition from the existing Indian equalisation levy on digital services as part of the new multilateral tax solution under the OECD/G20 Inclusive Framework.

·        It would allow the U.S. to terminate measures adopted in response to the Indian equalisation levy.

Why is the resumption of trade talks significant?

·        To activate the trade ties to the extent that the two sides now have a mechanism to come to grips with their differences, lay out their positions and work towards reaching negotiated compromises.

·        The aim is to arrive at solutions to multiple contentious issues.

·        Size of the trade deficit that the U.S. faces in its trade relationship with India

·        U.S. removed India from the list of developing countries eligible for favoured access under its Generalized System of Preferences (GSP)

·        Intellectual property rights, U.S. put India on its ‘priority watch list’ of countries with serious deficiencies in protecting IPR under its Special 301 report.

·        Investment barriers, Indian price controls on medical devices, the digital economy and its related taxation issues, and vitally for New Delhi, the U.S. approach to visas for India’s professionals and skilled workers in the services sector. 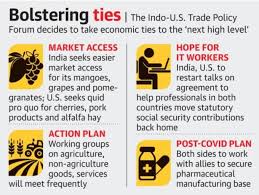 How have the two sides sought to reduce friction?

·        India’s decision to join the OECD/G20 Inclusive Framework on adopting a common multilateral approach to taxation has helped engender a solution to one of the roadblocks.

·         Government’s decision to transition the equalisation levy it imposed on e-commerce transactions over time gives the U.S. side room to withdraw or substantially lower some of the tariffs it had raised as a response.

·        Ease access for some select agricultural products from both sides.

·        India has adopted the Trade Margin Rationalization approach to price regulation on certain medical device products as a means to protect both consumer and supplier interests, and this has been acknowledged by Washington.