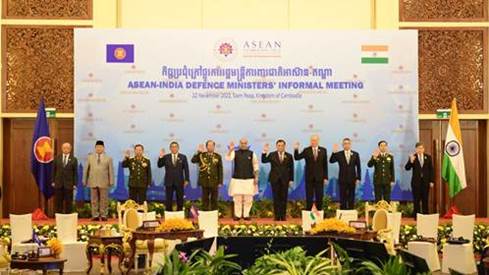 Context: The maiden India-ASEAN Defence Ministers’ Meeting was held at Siem Reap, Cambodia to commemorate the 30th Anniversary of India-ASEAN relations in 2022, which has also been designated as ‘ASEAN-India Friendship Year’.