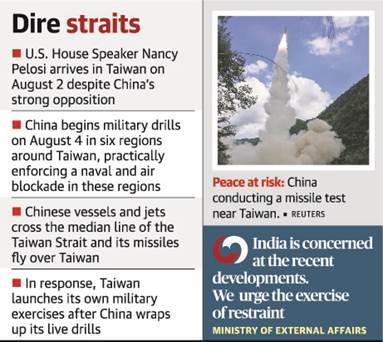 Context: India called for “restraint” over Taiwan and cautioned against “any unilateral action to change the status quo”, while maintaining that its position on the ‘One China’ policy has been “well known and consistent” that doesn’t need any reiteration.