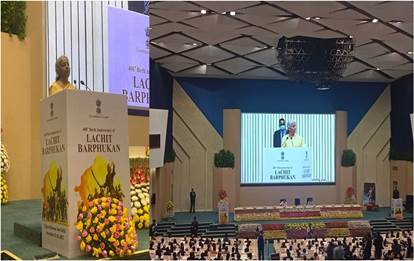 Context: The 3-day long celebrations of 400th birth anniversary of Ahom commander Lachit Barphukan began in New Delhi. Union Finance minister Nirmala Sitharaman has inaugurated exhibition on this occasion highlighting the life and achievement of Ahom dynasty and Lachit Barphukan among others.

Who was Lachit Borphukan?

To commemorate Lachit Barphukon, the best cadet officer of every batch graduating from the National Defence Academy (NDA) is awarded the Lachit Barphukon Gold Medal. His bust can also be found at the NDA’s entrance.