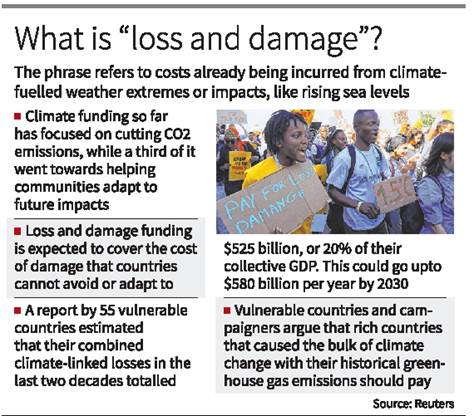 Context:  Delegates at the UN’s climate conference in Sharm el-Sheikh, Egypt thrashed out an agreement to establish a loss and damage (L&D) fund to compensate the most vulnerable countries from climate-linked disasters, after 40 hours of negotiation beyond the Friday deadline.