In the last Parliament session, The Union Home Ministry (MHA) informed the lok sabha that 11 States and one Union Territory have boundary disputes between them. 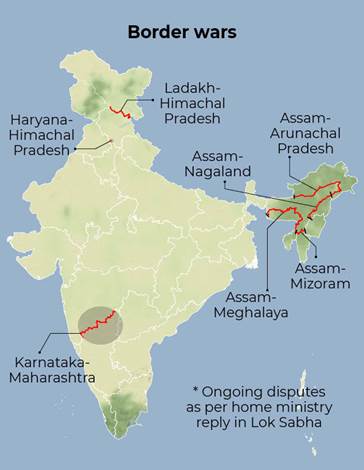