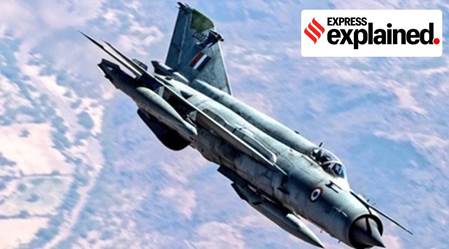 Context: A MiG-21 Bison aircraft of the Indian Air Force (IAF) crashed in Barmer, Rajasthan, killing the two pilots aboard the trainer version of the fighter aircraft.