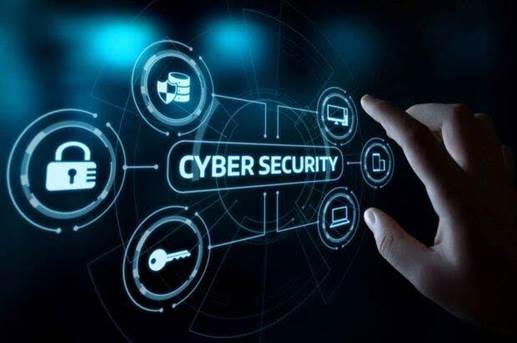 “A global domain within the information environment consisting of the interdependent network of information technology infrastructures, including the Internet, telecommunications networks, computer systems, and embedded processors and controllers.“

-- A Definition of Cyberspace 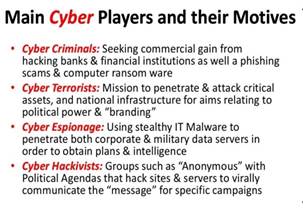 The Indian Computer Emergency Response Team (CERT-In) has reported a rapid increase in the number of cyber security incidents in recent years: a steep four-fold rise of incidents from 53,117 in 2017 to 208,456 in 2018. For 2019, between January and May, there were 105,8496 such incidents (phishing, network scanning and probing, virus / malicious code and website hacking). 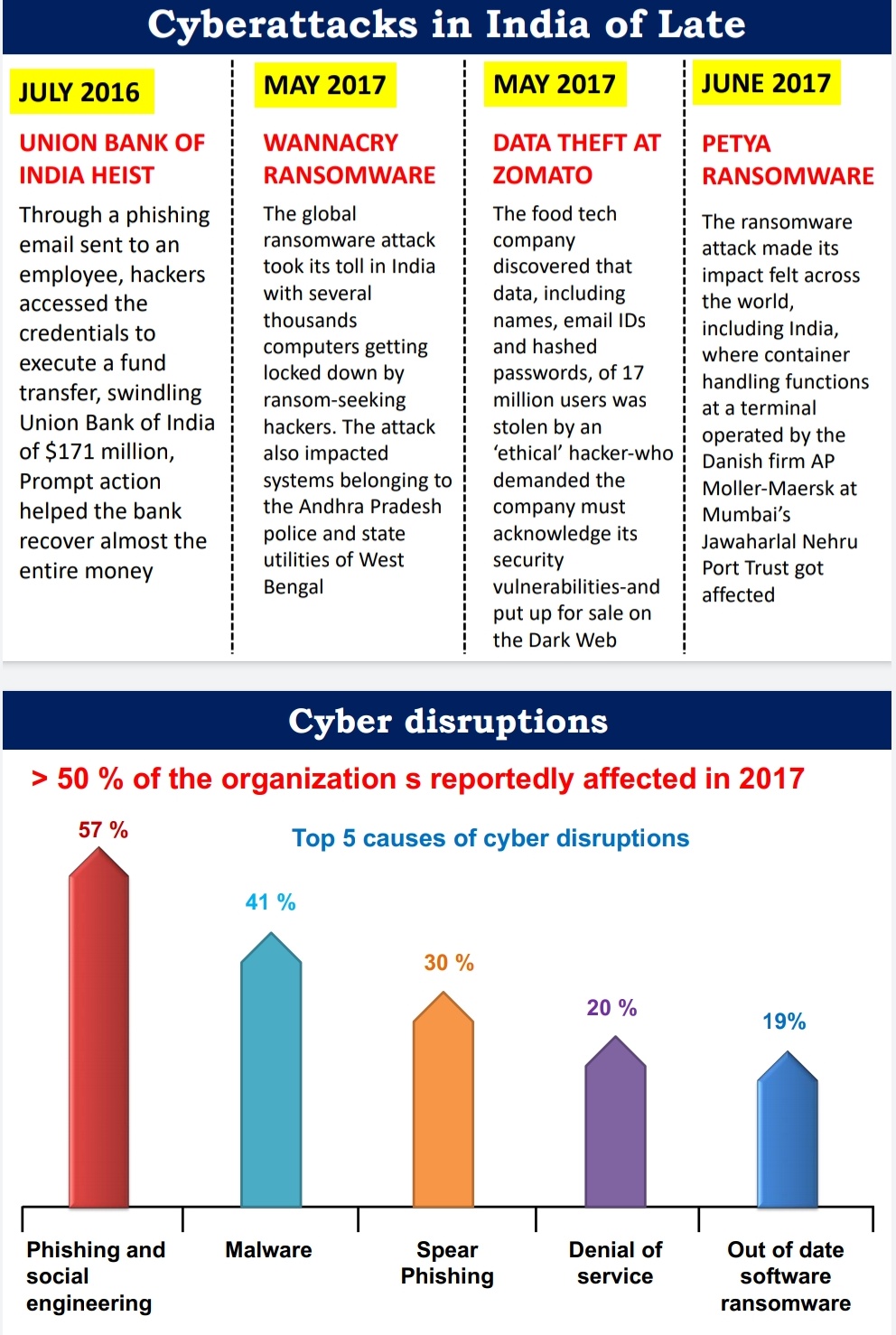 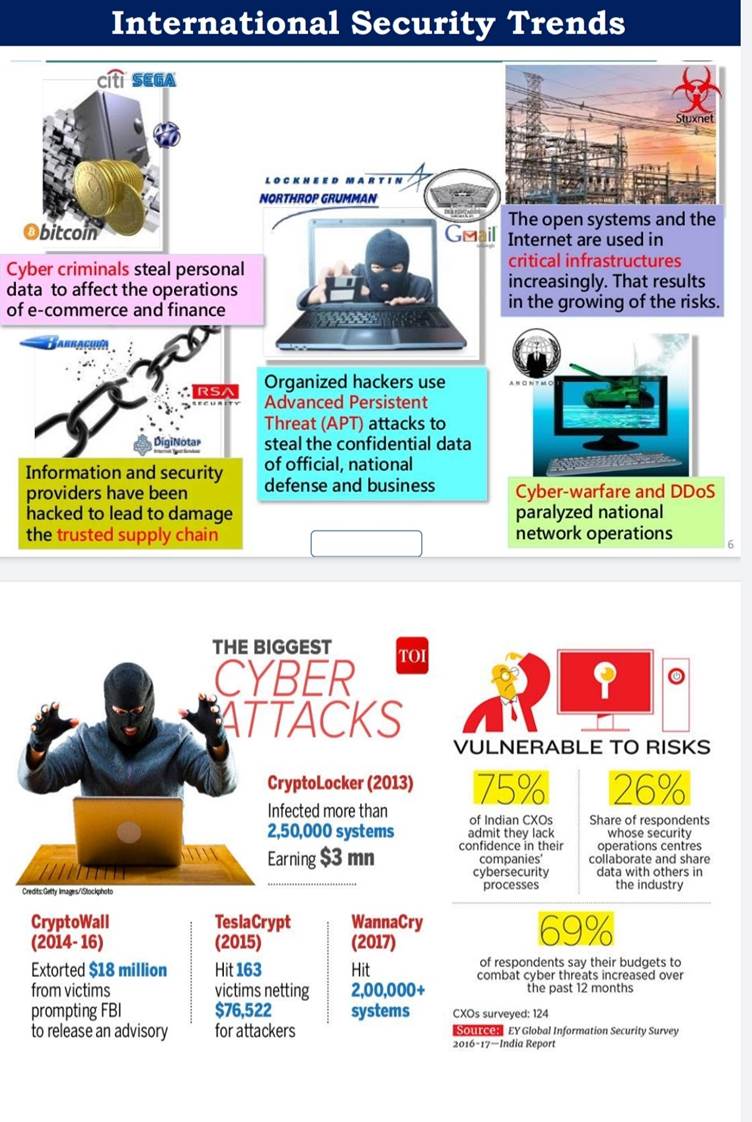 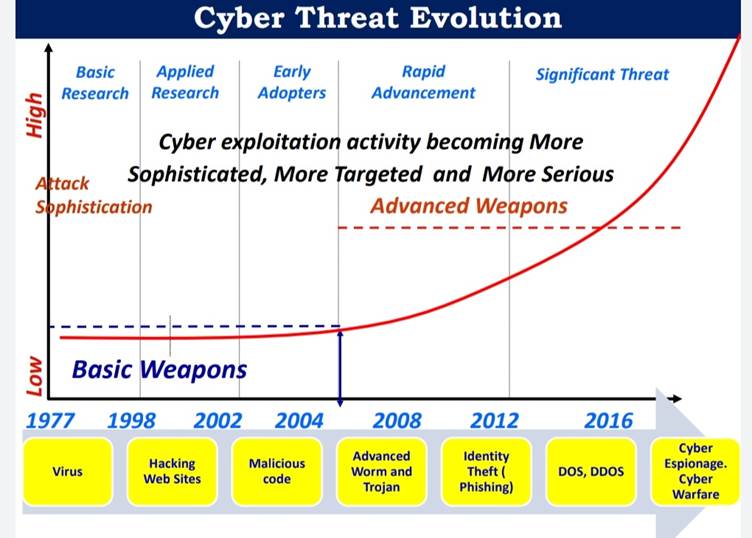 THE INFORMATION TECHNOLOGY ACT 2000 continues to be the omnibus legislation that governs cyber security policy in the country, and it includes provisions for digital signatures, e-governance, e-commerce, data protection, cyber offences, critical information infrastructure, interception and monitoring, blocking of websites and cyber terrorism. Rules under the Act are issued from time to time.

In addition to this legislation, regulatory guidelines are issued by sectoral regulators such as the banking regulator Reserve Bank of India (RBI), telecom regulator Telecom Regulatory Authority of India (TRAI), capital markets regulator Securities and Exchange Board of India (SEBI), and insurance regulator Insurance Regulatory and Development Authority (IRDA), for organizations under their purview.

INDIAN COMPUTER EMERGENCY RESPONSE TEAM (CERT-IN), established within the Ministry of Electronics and Information Technology (MeitY), issues alerts and advisories regarding the latest cyber threats and countermeasures on a regular basis, and has published guidelines for securing IT infrastructure.

The NATIONAL CYBER SECURITY POLICY (NCSP) 2013 document was prepared by the Ministry of Communications and Information Technology to facilitate the creation of a secure cyberspace ecosystem and strengthen the existing regulatory frameworks. The mission was to protect information infrastructure systems, build capacities for preventive and response functions to rising cyber threats, and mitigate vulnerabilities and damage from cyber incidents through a mixture of institutional structures, people, processes, technology and cooperation.

The Office of the NATIONAL CYBER SECURITY COORDINATOR (NCSC) was established under the National Security Council Secretariat as the nodal agency for cyber security established for the purpose. The office coordinates with the central government arms, the states and union territories, and global law enforcement agencies (LEAs) abroad.

The National Cyber Security Policy 2013 policy document is in the nature of a basic framework and provides an initial approach on cyber security from the perspective of protecting data of enterprises and individuals. It referenced protection of strategic digital assets and critical information infrastructure, without significant details of implementation. 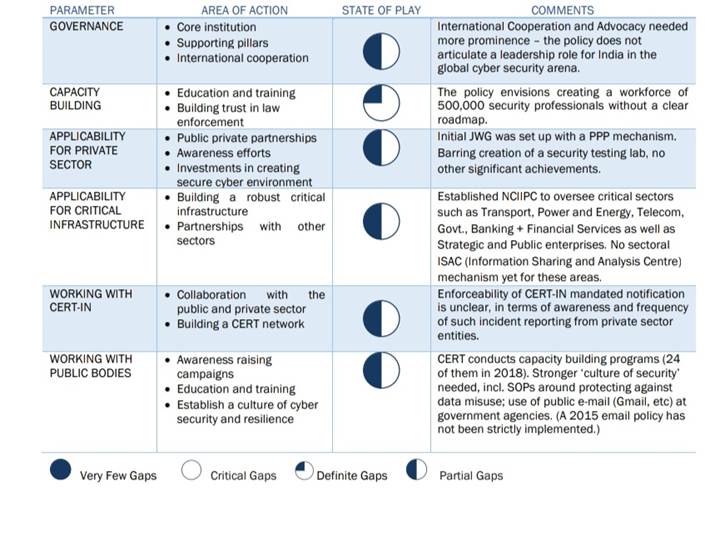 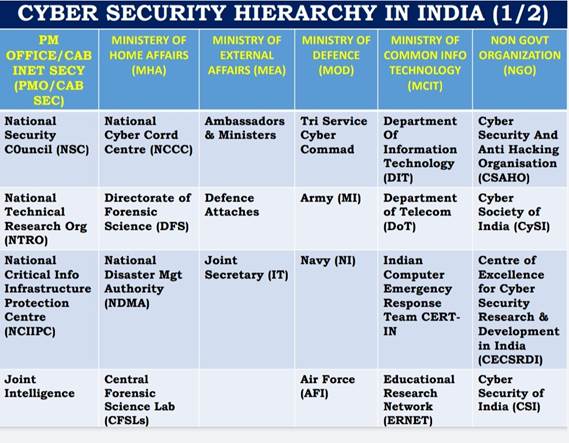 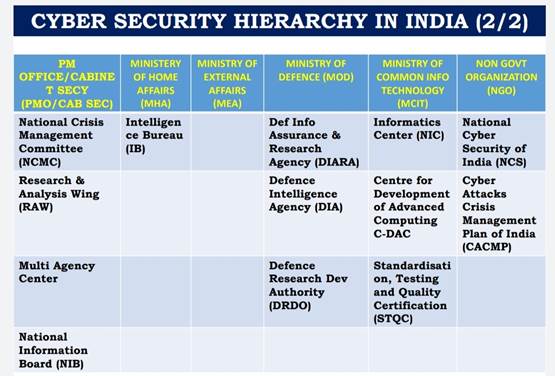 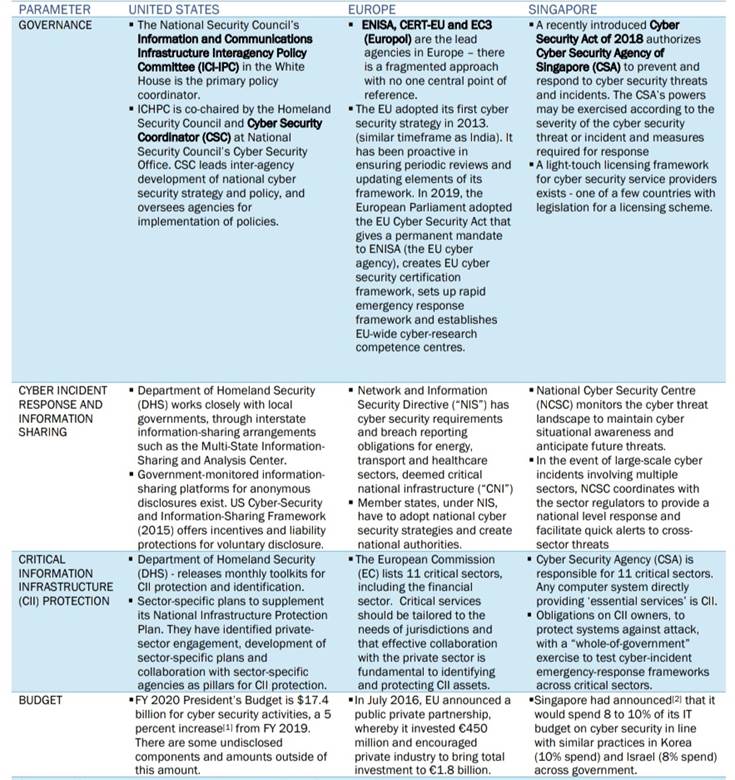