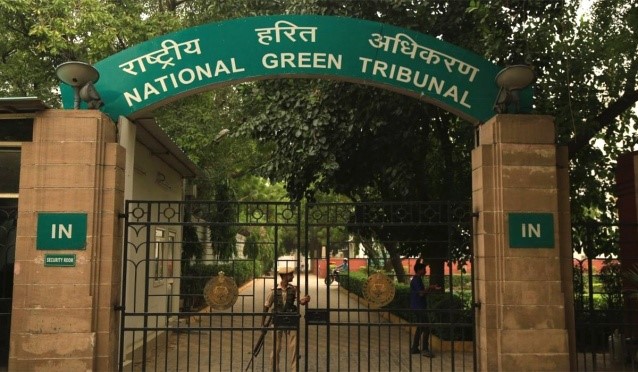 Context:  The Supreme Court has declared the National Green Tribunal’s (NGT) position as a “unique” forum endowed with suo motu powers to take up environmental issues across the country.

The court said the NGT need not wait for the “metaphorical Godot” to knock on its portal to flex its considerable muscles to save the environment.

The exercise of power by the NGT is not circumscribed by the receipt of applications.

When substantial questions relating to the environment arise and the issue is civil in nature and those relate to the Act, the NGT, even in the absence of an application, can self-ignite action either towards amelioration or towards prevention of harm.

The Tribunal has to perform equally vital roles that were preventative, ameliorative or remedial in nature.

The functional capacity of the NGT was intended to leverage wide powers to do full justice in its environmental mandate.

NGT  is a complimentary, competent, specialised forum to deal with all environmental multidisciplinary issues both as original and also as an appellate authority, which complex issues were hitherto dealt with by the High Courts and the Supreme Court.

The NGT embodied the international obligation India owed to the environment.

The NGT has been recognised as one of the most progressive Tribunals in the world.

The legislative history of the NGT traced its objective to address societal concerns. Hence, the legislature had given it a wide berth to craft its own procedure to entertain oral and documentary evidence.

NGT is conferred with power of moulding any relief.

The National Green Tribunal Act, 2010 is an Act of the Parliament of India, which enables creation of a special tribunal to handle the expeditious disposal of the cases pertaining to environmental issues.

It draws inspiration from the India's constitutional provision of (Constitution of India/Part III) Article 21 Protection of life and personal liberty, which assures the citizens of India the right to a healthy environment. Powers

Power: The NGT has the power to hear all civil cases relating to environmental issues and questions that are linked to the implementation of laws listed in Schedule I of the NGT Act. These include the following:

The Water (Prevention and Control of Pollution) Act, 1974;

The Water (Prevention and Control of Pollution) Cess Act, 1977;

The Air (Prevention and Control of Pollution) Act, 1981;

Importantly, the NGT has not been vested with powers to hear any matter relating to the Wildlife (Protection) Act, 1972, the Indian Forest Act, 1927 and various laws enacted by States relating to forests, tree preservation etc. Therefore, specific and substantial issues related to these laws cannot be raised before the NGT.

Principles of Justice adopted by NGT: The NGT is not bound by the procedure laid down under the Code of Civil Procedure, 1908, but shall be guided by principles of natural justice. Further, NGT is also not bound by the rules of evidence as enshrined in the Indian Evidence Act, 1872.

The Chairperson of the NGT is a retired Judge of the Supreme Court, Head Quartered in Delhi. Other Judicial members are retired Judges of High Courts. Each bench of the NGT will comprise of at least one Judicial Member and one Expert Member.