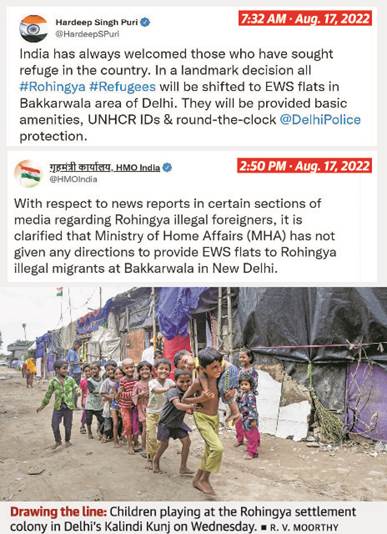 Context:  Hours after Minister for Urban Development Hardeep Singh Puri tweeted that all Rohingya migrants from Myanmar living in a camp in Delhi will be shifted to flats, the Ministry of Home Affairs (MHA) issued a strong denial.