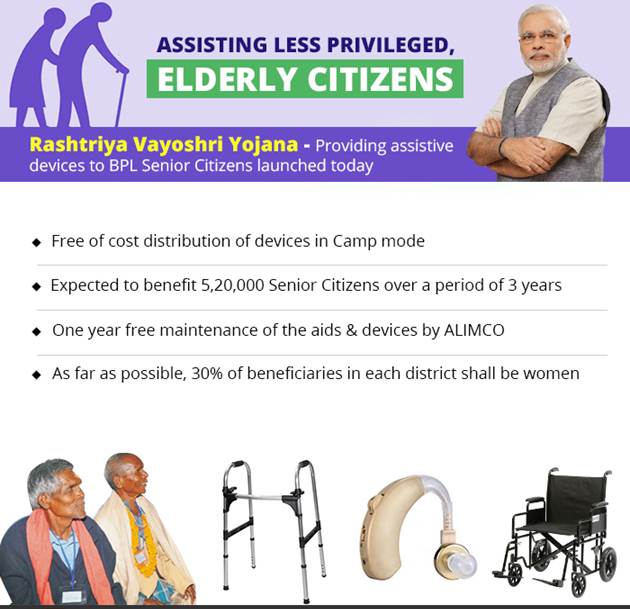 Context - The Union Social Justice and Empowerment Minister inaugurated a distribution camp under Rashtriya Vayoshri Yojana in Assam for the distribution of aids and assistive devices to ‘Divyangjan’.

Significance of the scheme