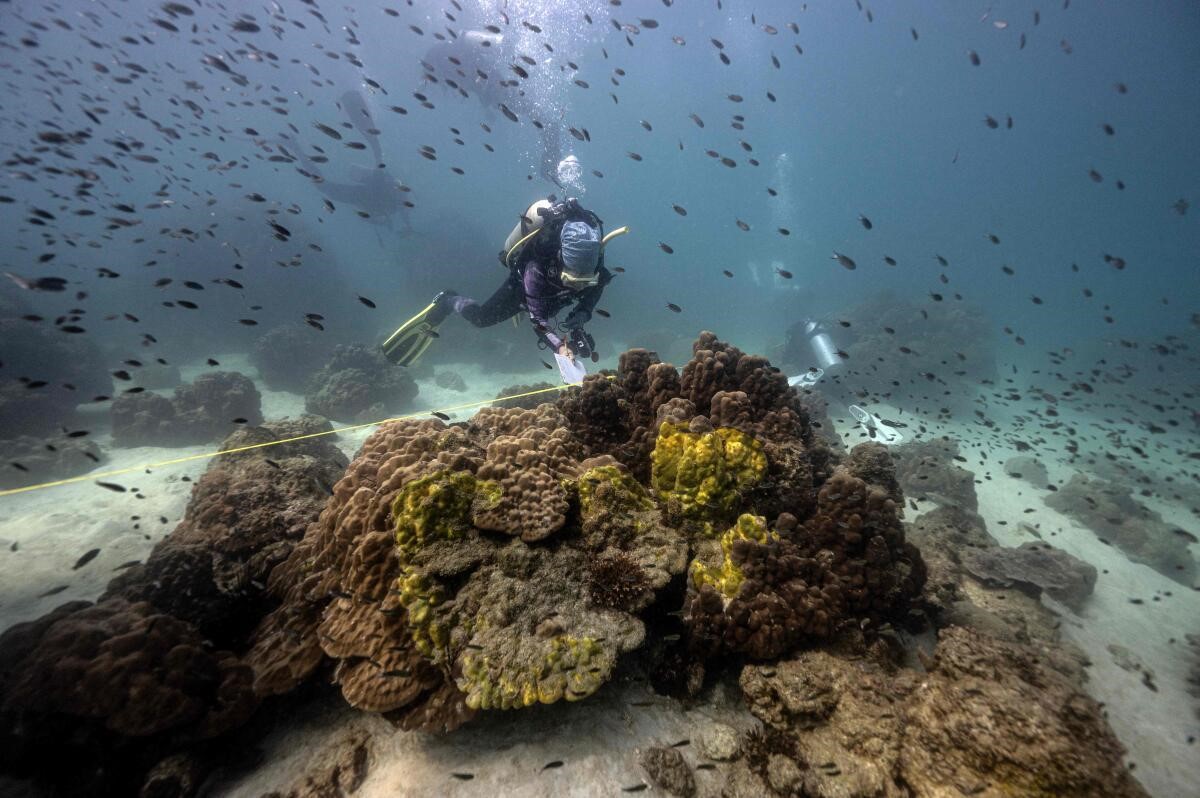 Context: A rapidly spreading disease, commonly known as yellow band disease, is killing coral over vast stretches of the sea floor in the beautiful Samsae San Island in eastern Thailand.