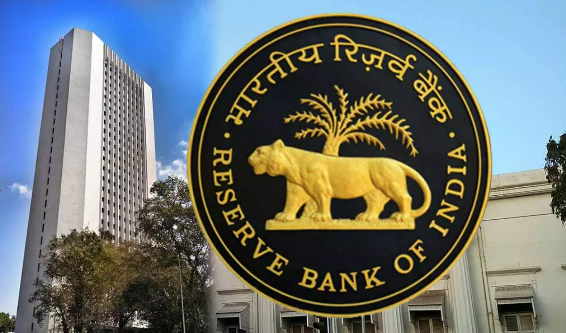 Reserve Bank of India’s 26th issue of the Financial Stability Report was released recently. Among the key highlights of the report, the central bank states that the global economy is facing formidable headwinds with recessionary risks looming large.

The interplay of multiple shocks has resulted in tightened financial conditions and heightened volatility in financial markets.

The floating demand for bank credit as well as early signs of investment cycle revival are benefiting from the improved asset quality, return to profitability and strong capital and liquidity buffers of scheduled commercial banks.

The gross non-performing ratio (GNPA) of scheduled commercial banks fell to a seven-year low of 5% in September 2022.

The Net Non-Performing Assets (NNPA) ratio stood at a 10-year low of 1.3%, whereas private banks NNPA ratio was below 1%.

Analyzing each of these aspects mentioned in the report.

The global economy is facing formidable headwinds with recessionary risks looming large. The interplay of multiple shocks has resulted in tightened financial conditions and heightened volatility in financial markets.

The year 2023 will be way tougher than the earlier as the main drivers of the world economy-- the US, China, and Europe-- may experience severe turbulence amid the ongoing Russia-Ukraine war and the COVID-19 pandemic – International Monetary Fund (IMF).

Relentless war and the emergence of the new COVID wave in China have been affecting the economy. One-third of the world economy could be in recession- IMF.

Soaring food and energy costs have fuelled the highest rates of inflation since the 1980s in many countries and the biggest macroeconomic challenge in the modern era of central banking.

The decision by U.S. Central Bankers to aggressively raise interest rates to fight inflation has been affecting countries like India. The Indian rupee depreciated over 11 per cent in 2022 against the dollar -- its poorest performance since 2013.

As inflation rises across the world and domestic growth slows, investors usually look to sell their Indian assets and put the money into the US markets for better safety and returns.

Higher interest rates also make borrowing more expensive - so for both these reasons companies may choose not to invest in expanding their businesses.

The lack of growth can trigger investors to pull money out of an economy and so countries, especially poorer ones, have less cash to pay for crucial imports like food and energy.

Buoyant demand for bank credit and early signs of a revival in the investment cycle are benefiting from improved asset quality, return to profitability and strong capital and liquidity buffers of scheduled commercial banks (SCBs).

The health of our banking system is sound. It is well capitalized and well provisioned, with improved asset quality. This constitutes a key pillar of financial stability and is expected to provide positive spillovers for the financial markets.

NPA: The Gross Non-Performing Ratio (GNPA) of scheduled commercial banks fell to a seven-year low of 5% in September 2022.

The Net Non-Performing Assets (NNPA) ratio stood at a 10-year low of 1.3%, whereas private banks' NNPA ratio was below 1%.

Asset Quality: Aided by a pickup in economic activity, asset quality in the banking system improved over the past year. An improvement in corporate credit performance is primarily responsible for strengthening asset quality in the last few quarters. [A corporate credit rating is a numerical assessment of a company's creditworthiness, measuring the likelihood of it defaulting on its debt. The "credit cycle" is a colloquial term for the expansion and then contraction of financial access.]

Upgradation of loans was another primary driver for asset quality improvement.

Bank Credit growth of commercial banks is at a near nine-year high of 15.5 percent.  The credit growth is the highest since November 1, 2013, when it was 16.1 percent. A steady and broad-based pick-up in system credit growth despite rising interest rates is a positive aspect.

The rise in demand for loans is called credit growth. This is an important indicator of economic activity.

Deposit growth refers to the year-over-year change of the commercial banks deposits.

Capital and Liquidity Buffers: The consolidated balance sheet of Indian banks saw double-digit growth in 2021-22, after a gap of seven years.

The Capital-to-Risk Weighted Assets Ratio (CRAR) of SCBs rose to 16.8% at the end of March 2022. All banks have met the regulatory minimum capital requirement of 11.5% as also the common equity tier-1 (CET-1) ratio requirement of 8%.

SCBs saw greater profitability in 2021-22 owing to an acceleration in income and a contraction in expenditure. Profitability is measured in terms of return on equity and returns on assets. Urban Cooperative Banks (UCBs) saw augmented capital buffers, a decline in GNPA ratio and improved profitability indicators. The NBFC sector maintained comfortable liquidity buffers, adequate provisioning, and a strong capital position during 2021-22, while asset quality improved.

Macro stress tests for credit risk reveal that SCBs would be able to comply with the minimum capital requirements even under severe stress scenarios.

The system-level capital to risk-weighted assets ratio (CRAR) in September 2023, under baseline, medium and severe stress scenarios, is projected at 14.9 per cent, 14.0 percent and 13.1 percent, respectively.

A solvency ratio examines a firm's ability to meet its long-term debts and obligations.

Fall of Indian Rupee in 2022:  https://www.iasgyan.in/daily-current-affairs/fall-of-the-indian-rupee-in-2022