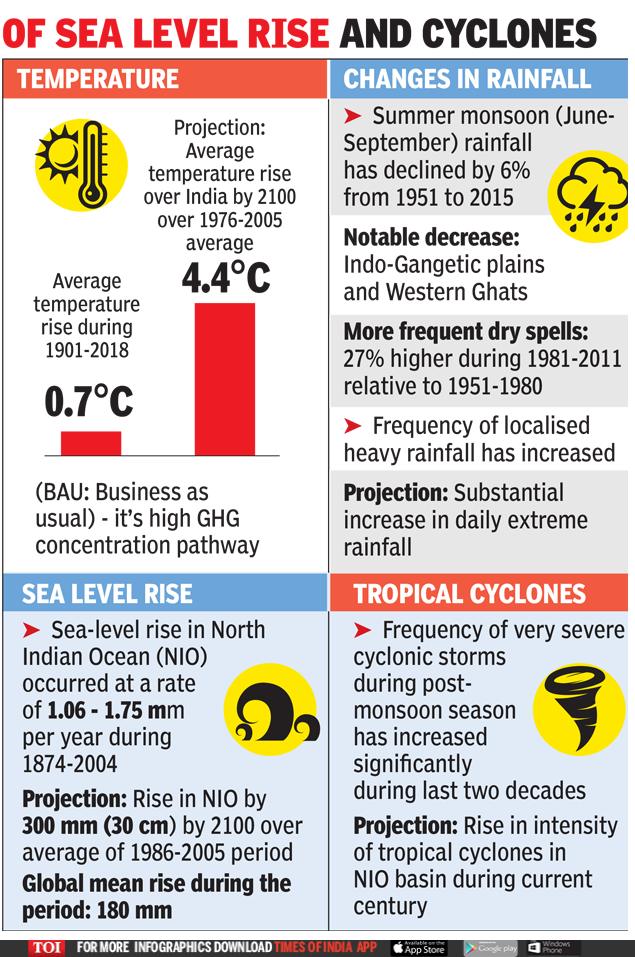 Why is India facing bouts of extreme weather?

·        Over the last few years, there have been variations in the pattern and intensity of rainfall in Kerala and Uttarakhand States and others.

What explains the torrential rain in Kerala and Uttarakhand?

·        When the atmosphere and the ocean is considered as a whole, rain everywhere is the result of moisture rushing up to fill differences in temperature between oceans and the land.

·        There is a broad agreement that warming oceans are contributing to intense spells of rainfall in pockets followed by long rainless spells.

·        The monsoon cycle is prone to large variations, and every year, regional factors get accentuated which then lead to extreme climate events.

What are different factors at play in Kerala and Uttarakhand?

·        There have been two rain-bearing ‘low pressure systems’ that are active in the Arabian Sea as well as the Bay of Bengal.

·        The low pressure system in the Arabian Sea contributed to the heavy rain in Kerala.

·        Whereas western disturbances are what caused the rain in northern India.

·        Western disturbances are periodic influxes of moisture-laden clouds from the Mediterranean that are common during winter.

·        The Bay of Bengal is still warm and strong winds from there are reaching as far as Uttarakhand and will contribute to rainfall in several parts of north-eastern India.

How is this related to global warming?

·        Normally, October is the month when the southwest monsoon entirely retreats from India and the northeast monsoon sets in, bringing rain over Tamil Nadu, Puducherry, coastal Andhra Pradesh and Kerala.

·        Both low pressures, as well as the western disturbances, are tangentially connected to the larger pattern of global warming.

·        The Bay of Bengal is historically the warmer ocean that seeds low pressures and cyclones that bring rain to India.

·        In recent years, however, the Arabian Sea, too, has been warmer than normal, leading to significant cyclonic activity.

·        Overall elevated temperatures are also contributing to warmer waters in the Arctic Ocean and drawing colder air from the poles with greater intensity.

How are society’s environmental choices leading to disasters?

·        Kerala and Uttarakhand have large tracts of hilly terrain that are prone to landslips. But construction has continued unabated even on land unsuited for human habitation.