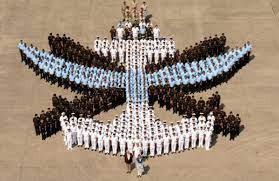 Context: Defence Minister Rajnath Singh announced the setting up of “joint theatre commands” so as to have an enhanced coordination among all three services of the country’s armed forces.

What are integrated theatre commands?

Is theatre commands a new idea?

What is the proposal under discussion?

The proposed commands are:

What will be the role of the Services, if not operational?

How many commands are there now; are any of them tri-Service commands?