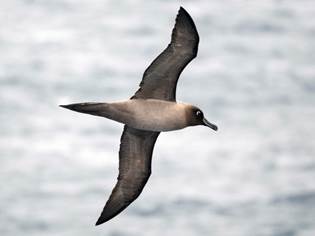 Context:  Rameswaram and adjoining islets of the Gulf of Mannar Marine National Park on the Adam’s Bridge (Ram Setu) are known for their unique marine ecosystem. But the region grabbed the attention of international researchers as Asia’s first sighting of Light-mantled Albatross  (Phoebetria palpebrate), a species native to the Antarctic seas, was recorded here.