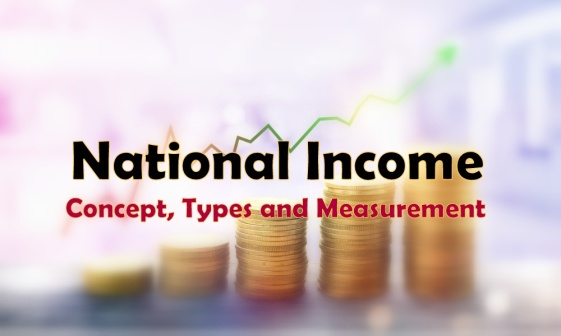 There are three different ways that economists and statisticians can calculate a country’s GDP and they should all, theoretically, produce the same number:

This is calculated using the formula:

There are four different types of GDP and it is important to know the difference between them, as they each show different economic outlooks.

Nominal GDP is calculated with inflation (i.e without removing the effect of rising prices). The prices of goods and services are calculated at current price levels. It is defined as a GDP measure, expressed in absolute terms. The raw GDP data, before inflation adjusted is called Nominal GDP. It includes all the changes in the prices of finished goods and services that took place in one year due to inflation or deflation.

Real GDP is a calculation of GDP that is adjusted for inflation (removing the effect of rising prices). The prices of goods and services are calculated at a constant price level, which is usually set by a predetermined base year. Real GDP is considered the most accurate portrayal of a country’s economy and economic growth rate. It exclusively considers the production and free from price changes or currency fluctuations.

GDP deflator is a factor by which Nominal GDP is adjusted to calculate Real GDP. It adjusts gross domestic product by removing the effect of rising prices. It shows how much an economy’s GDP is really growing.

Actual GDP is the measurement of a country’s economy at the current moment in time.

Potential GDP is a calculation of a country’s economy under ideal conditions, like a steady currency, low inflation, and full employment. 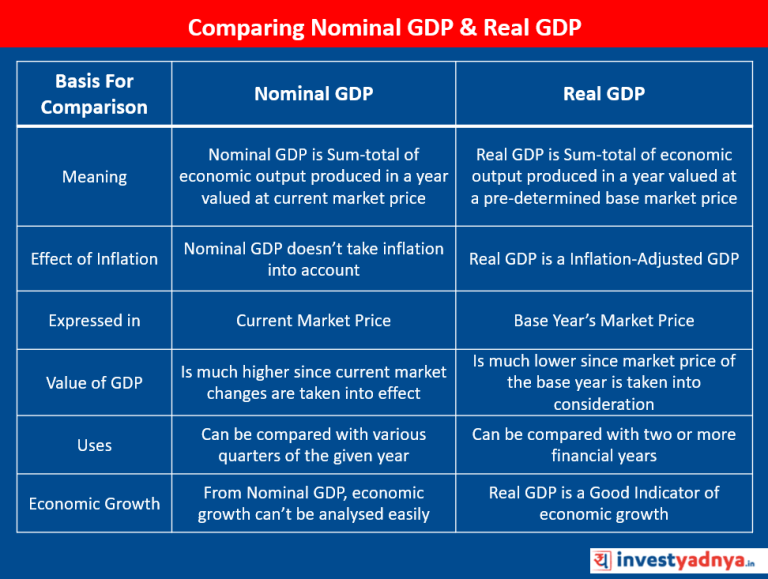 Unlike GDP, GNP, net national product (NNP) may also be categorized as:

Some other concepts of national income

Private income is income obtained by private individuals from any source, produce or otherwise and retained income of corporations. It can be obtained from NNP at factor cost by making certain additions and deductions.

Real Income is the income expressed in terms of a general level of prices of a particular year taken as base year. National income in terms of money at current prices does not indicate the real state of the economy. So the concept of real income has been propounded to rectify such illusions. This is also known as National Income at constant prices.

The average income of the people of a country in a particular year is called Per Capita Income for that year.

This concept enables us to know the average income and the standard of living of the people.

But it is not very reliable due to unequal distribution of national income exist in every country.