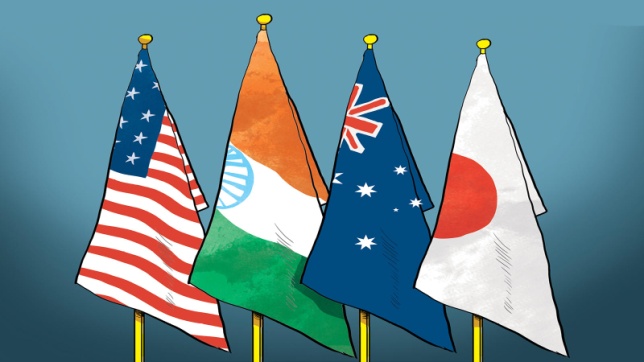 Context: Japan has agreed to host a meeting of the Quad next year. The four-nation group, technically called the Quadrilateral Security Dialogue, comprises of the United States, India, Australia and Japan.

How is china responding to quad?

South China Sea, and its growing military and economic power, pose a strategic challenge to India.

no formal agreements. Therefore, joining Quad will be in line with the present foreign policies of the government.

and vital interests in the Asia-Pacific region whereas US is pitching for mutating the Indo-Pacific Quad into a more formal security grouping modelled on NATO.

Recommendations for greater collaboration among quad member governments in the years to come: