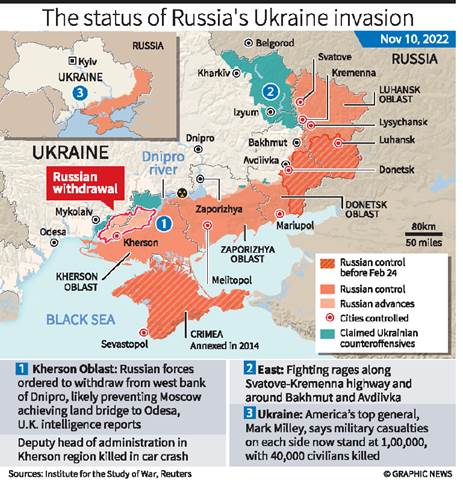 Context: Ukraine’s defence and intelligence unit has reported on the withdrawal of Russian troops from Kherson but predicts it to be a delusion for a retreat. U.S. President Joe Biden and the EU leaders have termed the withdrawal as a “difficult position” for Russian President Vladimir Putin and condemned the brutality of deporting Ukrainians.

Where is Kherson and why is it important?

Why has Moscow announced its withdrawal from Kherson?

Is the withdrawal final, or a tactical move by Russia?